The Game Gear[a] is an 8-bit fourth generation handheld game console released by Sega on October 6, 1990, in Japan, in April 1991 throughout North America and Europe, and during 1992 in Australia.

The Game Gear primarily competed with Nintendo's Game Boy, the Atari Lynx, and NEC's TurboExpress. It shares much of its hardware with the Master System, and can play Master System games by the use of an adapter.

Sega positioned the Game Gear, which had a full-color backlit screen with a landscape format, as a technologically superior handheld to the Game Boy. 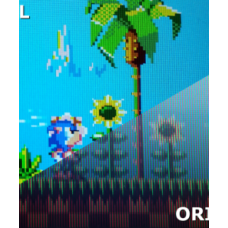 Welcome to the 21st century! Give your Sega Game Gear a second life with LCD upgrade. Th.. 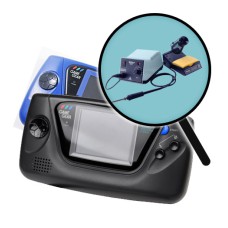 Once you have placed your order, details of where to ship your hardware will be sent to your e-mail ..