The PlayStation 2 (abbreviated as PS2) is a home video game console developed and marketed by Sony Computer Entertainment.

It is the successor to the original PlayStation, as well as the second instalment in the PlayStation brand of consoles. As a sixth-generation console, it competed with Sega's Dreamcast, Nintendo's GameCube, and Microsoft's Xbox. 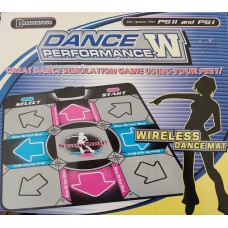